It’s so exciting for us because we’ve been waiting for this day since summer as a part of the early bird backer private beta test group, people who sponsored the development of the GroovePages app project. But now it’s finally released after a bunch of testing, tweaking, updating, and reinventing, we should pretty much expect the final clean bug-free version. Nevertheless, some small malfunctions could rarely appear.

Why and What is Better about GroovePages?

Many of you are probably wondering why you should choose GroovePages over any other page and funnel builder which we talked about in the previous post and in our GroovePages review, so let’s quickly recap.

Every online marketer knows that wherever you can knock down any possible recurring costs, you do it. There are some recurring costs that are inevitable such as web hosting or page and funnel builder. All of the huge companies know this so they are keeping the prices at the high levels such as $297 per month for a funnel builder.

Creators of GroovePages understand the frustration of paying high monthly fees, especially for beginning marketers who have not yet built a solid income stream. That’s why they did their best to keep the monthly price at the lowest point possible at $99 per month for unlimited access to everything.

GroovePages are built on the brand new framework which allows the pages and funnels to load much faster than other apps like the most popular ClickFunnels for example. GrooveDigital team has spent the entire year developing this framework to achieve every little possible improvement because in digital marketing every little count.

Just for $99 per month, you get unlimited access to everything including:

Also one of the huge advantages is that the GroovePages app been developed by successful digital marketers who were in the fields and trenches for over 2 decades, so they understand the lacks and necessities and where things could be improved. GroovePages integrates with almost anything one needs for online marketing such as email autoresponders like GetResponse and Aweber or payment processors like PayPal or Stripe.

But, perhaps the biggest deal is that they have under ongoing development dozens of other apps, even their own payment processor GroovePay or digital marketplace platform GrooveSell! The biggest nightmare of an online marketer who finally breaks through is to get merchant account like PayPal frozen or even terminated with thousands of dollars from sales holding in the air.

With GroovePay they took care of everything that could possibly cause such misfortunate things to happen.

Now, there are obviously more good reasons why to choose GroovePages as no.1 digital marketing platform app and it would be too boring to list them all and then you go through everything again, We think on the official page you get all the info you need to decide whether GroovePages or GrooveSell App is good for you or not.

Click Here to Become an Affiliate to Promote GroovePages

How They Make Thousands of $€£ Every Day – The KIBO CODE

The Best Way To Start Business in 2020 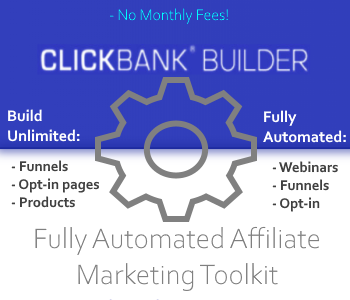